[3/24/2020] FDA is alerting patients, caregivers and health care professionals that EpiPen 0.3mg and EpiPen Jr 0.15mg auto-injectors, and the authorized generic versions, may potentially have delayed injection or be prevented from properly injecting due to:

A very limited number of EpiPen devices also may have a blue safety release that is slightly raised. If the blue safety release is raised, the device may activate prematurely, which could potentially delay or prevent emergency treatment when needed.

The letter also describes specific user errors that can delay or prevent the administration of the intended dose of epinephrine. For example:

It is important for health care providers, patients and caregivers to periodically review the EpiPen user instructions and practice using the EpiPen trainer to ensure proper understanding and utilization of the EpiPen auto-injector.

It is vital for lifesaving products to work as designed in an emergency situation, and patients and caregivers should inspect their epinephrine auto-injector prior to needing it to ensure the blue safety release is not raised and that the device can be easily removed from the carrier tube.

Patients should contact Mylan Customer Relations at 800-796-9526 if they find an issue with their auto-injector and to obtain a replacement at no additional cost. Pharmacists should inspect the products before dispensing them to patients to ensure quick access to the auto-injector and should not dispense any product which does not easily slide out of its carrier tube or has a raised blue safety release. As stated on the product label, consumers should always seek emergency medical help right away after using their epinephrine auto-injector. 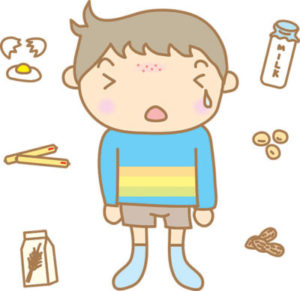 Food allergies are challenging. The risk and fear of allergic reactions make life hard for children and parents. Unfortunately, food allergies are becoming more common and taking longer to outgrow. Oral Immunotherapy (OIT) is a new option that may help to keep your child safe while reducing anxiety, allowing your child to eat out or attend school with less worry. OIT involves retraining the immune system to tolerate the allergic food (i.e. peanut or milk).  This is done by feeding the food allergic person small amounts of the food.  The amount increases slowly over time. As the dose goes up, so does the level of protection. Working as a Nurse Practioner at the food allergy institute of Mount Sinai in NYC, allowed me to gain valuable experience and insights regarding OIT. Historically, food allergy treatment included strict avoidance and carrying emergency medications. That was it, do your best and wait.  OIT is a novel option. Studies have shown OIT reduces allergic reactions from cross contamination and increase quality of life. As the treatment is still new, there are uncertainties. It is currently unknown if OIT leads to long term tolerance and a ‘cure’ for food allergy. Or is the benefit only temporary.  Optimal dosing protocols are still being worked out. Also, it is not clear which patients would benefit from addition of adjuvants, like Xolair or probiotics. OIT can be a great option for some patients. It should only be done in an office that has the training and staff to safely navigate them through the process.  The undertaking can be difficult and time consuming and there can be side effects.  Despite the unknowns and risks, OIT can have a huge impact on reducing food allergy reactions and increasing quality of life.  It can be a great option for families to be less afraid of cross contaminations and to gain the possibility of eventually outgrowing their allergy. OIT has great potential and I am excited and hopeful to see further success.

* Commensal bacteria protect against food allergen sensitization; Stefka et al.
A new diagnosis of food allergy is life-changing. The questions are endless. I am putting together a new section on the website for parents and patients with food allergy, new and old. I will include links, recipes, diet sheets and school forms. If you have a valuable resource that you would like to share, please let me know. Check it out.
Eosinophilic esophagitis (EoE) is an inflammatory condition affecting the esophagus (the tube that connects the throat with the stomach). The esophagus contains too high a number of eosinophils, an allergic white blood cell. This causes several gastrointestinal symptoms, including difficulty swallowing, nausea,vomiting and reflux. Diagnosis: To confirm the diagnosis requires an upper endoscopy and biopsy. Unfortunately, no less invasive procedures are available to diagnose or monitor EoE. The Role of Allergies: The majority of individuals with EoE have family histories of allergies and symptoms of one or more allergic disorders such as asthma, nasal allergies, atopic dermatitis or food allergy. Food allergy is a major cause of EoE in children, and a less probable factor in adult EoE. Environmental allergies such as dust mites, animals, pollens and molds may also play a role. Treatment of EE: – Diet. Avoidance of common allergens (milk, egg, soy, wheat, nuts and fish) may eliminate the symptoms and underlying inflammation of EoE. Atopy patch testing may help to guide food choices. – Medications. Steroids are effective at shutting down inflammation and eosinophil production. Local delivery helps to lessen side effects. This is achieved by swallowing those steroids indicated for asthma (either a fluticasone inhaler or budesonide for the nebulizer machine). The initial diagnosis of EoE can be overwhelming. Working closely with your healthcare team is the best way to assure you are receiving proper care. Additionally, families often benefit from participation in support groups, such as the American Partnership for Eosinophilic Disorders (APFED) at www.apfed.org.